In this fictional account of four Christian college students who meet weekly to discuss the morality and legitimacy of same-sex marriage, author Donald Zeyl gives voice to various perspectives in the church’s current debate.  With its exclusive focus on same-sex marriage, Four (and a Half) Dialogues on Homosexuality and the Bible (Cascade Books) addresses neither gender identity nor the question of LGBTQ+ inclusion in the life of the church, but it accomplishes admirably its goal of presenting the conservative, progressive, neo-conservative, and neo-progressive viewpoints on gay marriage, and it does so in a clear and readable style.

Helpfully, each dialogue ends with study questions, and at the end of the book, each voice recommends further reading consistent with their individual viewpoint, making it an excellent resource for group conversation on a subject that continues to polarize the church.

All four protagonists are college students attending a conservative Christian college.  Amanda identifies as “same-sex attracted,” rejecting the terms lesbian and gay.  While she believes that her attractions are “baked in,” she also asserts that her identity as a “new creature in Christ” takes precedence over her “sin nature.”

Philip identifies as gay and plans to marry his boyfriend after graduation. After much study and prayer, he has concluded, in contrast to Amanda, that God blesses same-sex unions. Philip takes the deepest dive into the six “clobber passages” traditionally used to condemn homosexuality, presenting progressive interpretations of Romans 1, 1 Corinthians 6, Creation and the effect of the Fall, concluding that “the heart of God is always for inclusion.”

David, a straight philosophy major who has had minimal interactions with gay people, asks his conversation partners to consider both general (science) and special (Scripture) revelation. David believes that sexual orientation is both inborn and pervasive to a person’s experience, but recommends that gay people enter “spiritual” (non-sexual) friendships. He asserts that the primary purpose of marriage is procreation and that marriage is to represent Christ and the church as groom and bride, asymmetrical roles which, he argues, same-sex marriage cannot represent.

The last person to speak is Stephanie, a straight woman who rejects both Amanda’s assertion that “being gay is baked-in” and Philip’s assertion that some people are created gay as variations of created order. She views same-sex attraction as an impairment, an effect of the Fall that is still with us today.  This is a very nuanced argument and requires patient reading. Referring to a conversation between God and Moses in Exodus 4: 11—“Then the Lord said to him, ‘Who has made man’s mouth? Who makes him mute, or deaf, or seeing or blind? Is it not I the Lord?’”—Stephanie concludes that it is the gap between God’s design and the way humans are actually created that propels her to advocate for same-sex marriage.

Stephanie’s final argument is built on the concept of human flourishing, an idea articulated by Aristotle in the 4th century BCE.  Without the possibility of same-sex marriage, she asserts, gay people are denied the opportunity to fulfill God’s call to flourish, and the traditional church imposes an intolerable burden on gay people when it refuses them this gift.

All but Philip consider homosexuality to be outside of God’s created order. The assumption is that heterosexuality is the ideal and that all gay people ultimately desire to be heterosexual, just as many assume that all who are deaf or blind wish to be hearing or sighted. The disability community might beg to differ, however, as many people who are deaf or blind or have limited mobility derive an important sense of their identity from how they are made, and do not necessarily yearn for ultimate “healing,” in heaven, for example. Although the dialogues don’t go there, I fear that the arguments in this book may prompt some to advocate for medical or psychological intervention for gay people.

Seeing each voice or dialogue side by side crystalized my personal stance and helped resolve lingering angst that I carry as a gay man raised in the church. I spent decades attempting to change my sexual orientation based on my understanding of the Scriptures at that time.  During the 1980s and ’90s, I identified as “ex-gay,” a term associated with the ministries of Exodus International and one that predates the current use of “same-sex attracted.” (Zeyl captures this point of view through Amanda, but with the focus on same-sex marriage, he overlooks the terms “Side-A” and “Side-B,” used within the LGBTQ+ Christian community, to distinguish between those who accept same-sex sexual activity—Side A—and those who advocate for celibacy—Side B. These dialogues would have been an excellent opportunity to introduce those terms to the broader Christian community.)

Another potential weakness is that all four share an understanding that sexual activity is reserved to the confines of marriage and that marriage is defined by monogamy. I suspect the author’s goal is to emphasize that many gay people of faith adhere to a traditional understanding of sexual activity within marriage.  However, it is clear that many heterosexual people no longer adhere to that norm, even if they embrace it as aspirational. Zeyl’s assumption works for building the ultimate arguments, but it fails to consider how sexual activity is practiced within the broader Christian culture today, setting up a higher standard for gay Christians than for heterosexuals. That is hypocrisy at its worse and one that has often haunted the persecution of the queer community.  And while reproduction is often cited as a primary role of marriage, the dialogues do not adequately address the role of companionship, intimacy, and enjoyment.

When I identified as ex-gay, the distinction David makes between orientation and behavior gave me comfort, as I believed that behavior could simply be controlled. Orientation was just a cross I had to bear.  Over time, however, I slowly learned that behavior a tremendous shame enveloped me—shame just for being gay, and for not being able to meet the unspoken expectations of family, friends, and church. That shame crippled my ability to give and receive love and prevented me from flourishing as one beloved by God. I am a gay man; I experience social interactions, the natural environment, and even God from the perspective of a gay man. Today I don’t distinguish between orientation and behavior—they are inextricable.

As I grappled with my own sexuality and God’s view of me over the years, attempting to change my orientation and eventually coming to accept it, I’ve struggled to believe that God fully embraces me and will also bless same-sex marriage. Stephanie’s arguments address that check within me.  Her conclusion of God’s accommodation reassures me and provides a biblical way for me to move forward in fuller embrace of myself as a gay Christian.

The closing “half dialogue” referred to in the book’s title is a challenge to for the church to live with theological difference.  Can a Christian community be home to both Amanda and Philip? How might we build a church that would host Philip’s wedding and at the same time encourage Amanda to be faithful to her Side B convictions, a community committed to unity in the midst of theological tension? Refusing to neatly resolve the issues discussed, the author challenges his readers to respect his characters, all people of good conscience and deep faith, and to find a way to live with, even appreciate, the differences.

I recommend this book to anyone wanting to expand their perspective.  Despite the shortcomings inherent in its narrow focus, this is a worthy book for study and discussion by all Christians.

Douglas A. Houck recently retired from a career with the National Park Service. He is an alum of the Oriented to Love dialogue and lives in Tacoma, WA. 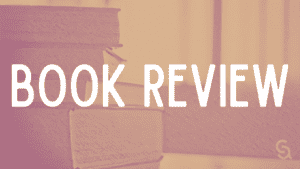 Reckoning With “Other Lies”: A Review of "Everything Happens for a Reason"

At first glance, Kate Bowler appears to be experiencing the life nearly every author longs for. Her book, Everything Happens For a Reason and Other Lies I’ve Loved, landed on the New York Times bestseller list.