You want to fight racism but don’t know where to start.

Join Andre Henry, program manager for CSA’s Racial Justice Institute, for an hour-long conversation on how to make real progress toward racial justice, with Zach Hoover,* executive director of LA Voice, a multi-racial/faith community organization that awakens people to their own power, training them to speak, act, and work together to create a society that reflects the dignity of all people.

*Rev. Zach Hoover is the executive director of LA Voice, serves on the LA County Probation Commission, is a deacon at First Baptist Church Pasadena, and is in his 15th year with Faith in Action (formerly PICO Nat’l Network). He holds a Master of Divinity from Harvard and is ordained in the American Baptist Church. Zach first learned organizing from Zapatistas in Chiapas, Mexico. Since joining LA Voice, he has led organizing campaigns that have dismantled unfair car impound policies targeting immigrants, increased access to groceries in food deserts, increased public accountability for reinvestment by major financial institutions, increased voter participation in communities of color, removed obstacles to employment for formerly incarcerated Angelenos, and bridged gaps between communities divided by race, class and geography. 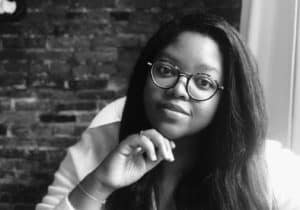 This Here Flesh: A Conversation with Cole Arthur Riley

By Cole Arthur Riley
We talk with Cole Arthur Riley, creator of Black Liturgies, a space for Black spiritual words of liberation, lament, rage, and rest. Her new book, “This Here Flesh: Spirituality, Liberation, and the Stories That Make Us,” is published by Convergent Books, a division of Penguin Random House.

By Micky ScottBey Jones
On November 5, 2016, the Racial Justice Institute came to Eastern University. It was a full day of exploring the story of race in the United States, and in the lives of the participants.